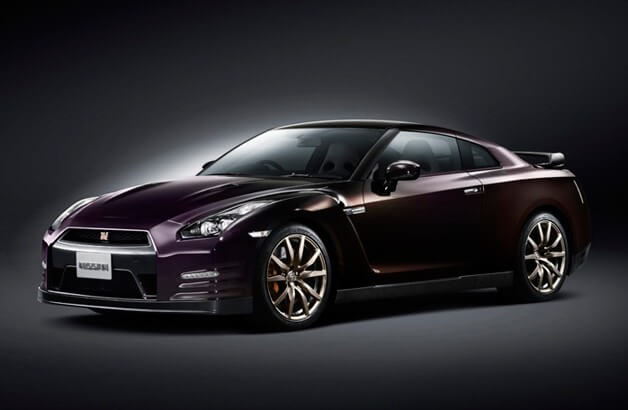 ROSS NISSAN has unveiled the 2014 GT-R Special Edition. Finished in Midnight Opal paint, the GT-R SE will be limited to just 100 units worldwide, with 50 earmarked for the US.

With sales slated to start this fall, the Special Edition of the 545-horsepower GT-R tacks $6,000 on to the $105,590 price of a GT-R Premium. The hand-applied Midnight Opal paint isn't the only special item, though. Forged RAYS wheels are included in a ten-spoke design that's never before made it to American shores, and there's a dry carbon-fiber rear spoiler, similar in design and appearance to the one found on the GT-R Black and Track Editions. Finally, a gold-plated plaque has been fitted to single out the GT-R Special Edition from the very fast herd.

US sales of the GT-R SE are slated to begin in September. Scroll down for the official press blast.

Nissan announces limited-edition 2014 GT-R in Midnight Opal originally appeared on Autoblog on Tue, 16 Jul 2013 13:01:00 EST. Please see our terms for use of feeds.