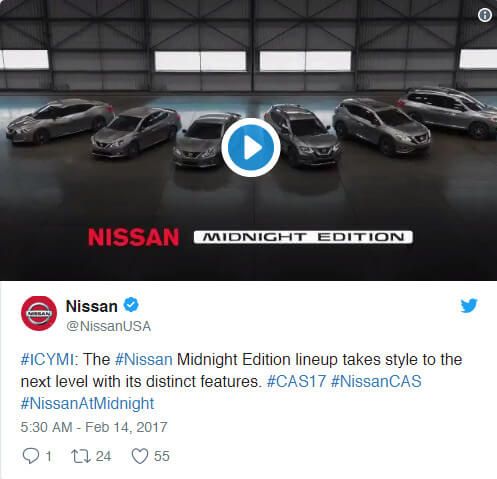 Fall Means the Turn of the Leaves and the Perfect Time to Snag a Great Deal on a 2016 Nissan! 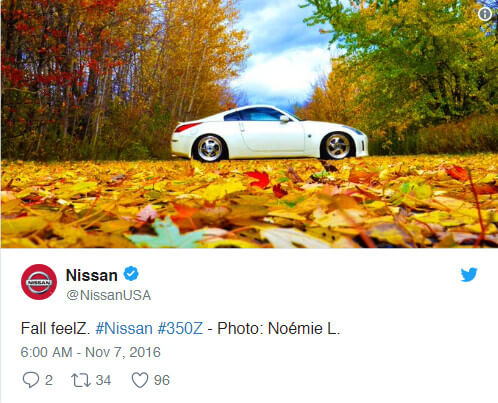 Fall is here in force (according to the news; can’t really tell here in the Los Angeles area) and now winter is rapping on the window (apparently), which means a couple things: the holidays are on their way and so is the turn of the year. If you thought this time of year couldn’t get any better, it’s also the perfect time to slide into the driver’s seat of a new 2016 Nissan car, SUV, or truck. The calendar isn’t the only thing that could use a change this year!
Read More
CATEGORIES »
New Inventory , News , Social ,
TAGS »
2016 nissan models , new nissan models , nissan gt-r , NISSAN JUKE , nissan leaf , nissan murano , nissan rogue , NISSAN SENTRA , nissan versa ,

2017 Nissan GT-R Pure Coupe is Something Special, but It Shares a Lot of its Charm with Core Models, Too 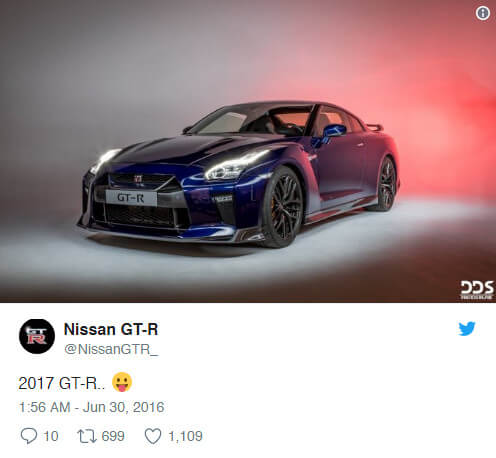 The Nissan GT-R Coupe has been making waves in the automotive world for about as long as it’s been around—so just shy of a decade. In that time, it’s been called many things: we’re partial to the affectionate name, “Godzilla.” The 2017 Nissan GT-R recently saw itself restyled and upgraded, from 545 horsepower up to 565 horsepower.
Read More
CATEGORIES »
New Inventory , News , Social ,
TAGS »
2016 nissan models , 2017 nissan gt-r , 2017 nissan models , gt-r , new nissan models , Nissan Altima , nissan gt-r , nissan rogue ,

2014 Nissan Rogue Select - Service and Maintenance Department
Your vehicle has been designed to require minimum service while offering maximum driving pleasure. However, some scheduled and routine maintenance activities are necessary to keep all systems in peak functioning condition. You and your NISSAN service department will be a winning team to keep things running smoothly. When you bring your new vehicle back to the dealership for its first scheduled service, it will be thoroughly checked by NISSAN technicians. They are well-trained specialists in every aspect of vehicle operation. They're also great problem solvers should you need something corrected. They'll assure that your new vehicle keeps running reliably and economically. Remember - your best resource is a visit to the service department of your NISSAN dealership. There you'll find a world of information and maintenance tips to keep your vehicle running as it did the first day you drove it home.

Nissan Rogue gets third row of seats for 2014 – Improved MPG

DETROIT -- Nissan's revamped 2014 Rogue crossover will be available this fall for the first time with optional third-row seating along with improved fuel economy.  Nissan officials briefed reporters this morning on details of the second-generation Rogue, the first U.S. product to embody what the Renault-Nissan Alliance calls its Common Module Family platform. The architecture is engineered to give designers and engineers more flexibility on component modules such as front ends and cockpits.  In a statementreleased from Nissan's Farmington Hills tech center in suburban Detroit this morning, Nissan said the 2014 Rogue will have a base price, $23,350, up from $21,170, for the outgoing 2013 model. The fully loaded all-wheel drive Rogue SL will be priced at $30,280. All prices include shipping.
The 2014 Rogue is powered by a 170-horsepower, 2.5-liter four-cylinder engine mated to a new version of Nissan's Xtronic continuously variable transmission. Nissan says the new CVT reduces friction by 40 percent over the current gearbox. Engineers improved the transmission's belt and pulley system, reduced oil churning friction, installed a compact oil pump, and redesigned the electronic controls to improve fuel economy by about 10 percent.  The 2014 Rogue is EPA rated at 26 mpg city, 33 highway and 28 combined, up from 23 city, 28 highway and 25 combined for the 2013 model.
The 2014 Rogue, available in front- or all-wheel drive, is about the same size as the 2013, with minor changes of between one and two inches in wheelbase, length and width.  Nissan is building the Rogue at its Smyrna, Tenn. plant for the first time. The first generation Rogue, introduced in 2007 as a 2008 model, had been built in Japan.